About Girls from Earth

Girls from Earth is a powerful documentary exploring the impact of Female Genital Mutilation / Cutting (FGM/C). Through the film, we follow a 16-year-old European girl who builds a friendship with a 15-year-old African girl. Their narrative allows the viewer to discover how a young girl lives in an environment where circumcision and early marriage are part of her tradition. And how, by their own will, some of these girls will first decide to reject FGM and then bring support to the ones who couldn’t.

Through the documentary, we meet a number of people leading the fight against FMG in Kenya. These include the Director of the National Kenyan Anti-FGM Board; a local nurse who attends to pregnant women survivors; the Director of a rescue boarding school;  and ActionAid’s regional coordinator. In addition, we meet an ex-cutter who, today, is advocating against FGM in her community.

We also meet social workers, academics and a doctor who works with migrant communities in Europe.

The original and unique perspective of Girls from Earth reflects how complex traditional behaviours such as FGM are. And how changing mentalities around the practice is a slow but achievable process.

About the AFTER Project

The documentary is part of the AFTER Project. Girls from Earth is based on an idea and directed by Eterio Ortega Santillana, Respect for Change. The Rights, Equality and Citizenship (REC) programme of the European Union is supporting the AFTER project. It allows us to work with migrant women and girls from FGM/C practising countries. The project is being implemented since 2016 across five European countries (Belgium, Ireland, Italy, Spain and Sweden) by six partners. In Ireland, ActionAid is working with migrant women and girls and their communities in Co.Cork. We are supporting them to reject Female Genital Mutilation/Cutting. 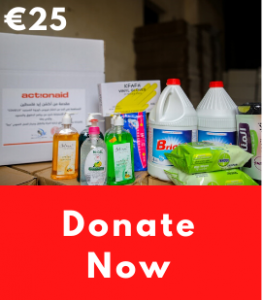 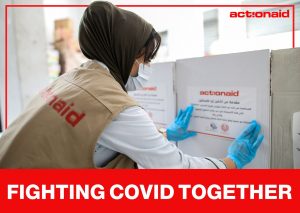