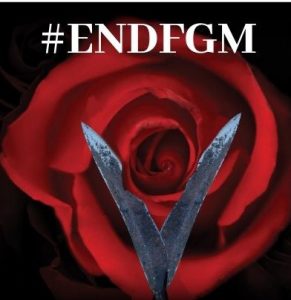 There is a huge lack of awareness of the issue of FGM in Ireland. In addition to this, most of the women and girls who are at risk of or have undergone FGM in Ireland belong to migrant communities, so they often do not have access to services that help to prevent FGM.

FGM is a harmful cultural practice that for those who practice it, is vital to maintaining ideas of cleanliness or honour for their daughters or granddaughters. Cultural beliefs like this are not easily changed which is why ActionAid Ireland has taken a multidimensional approach to tackling this issue in Ireland. In addition to our campaign we also carry out the Against FGM Through Empowerment & Rejection (AFTER) project.  You can see more details on this at: www.afterwomen.eu

The AFTER project is a short course based on helping people to reflect on their problems and the possible solutions as well as provided new information. It provides women who take part with the knowledge, skills and confidence to reject FGM, for both themselves and female relatives or friends, by understanding their right to bodily autonomy. 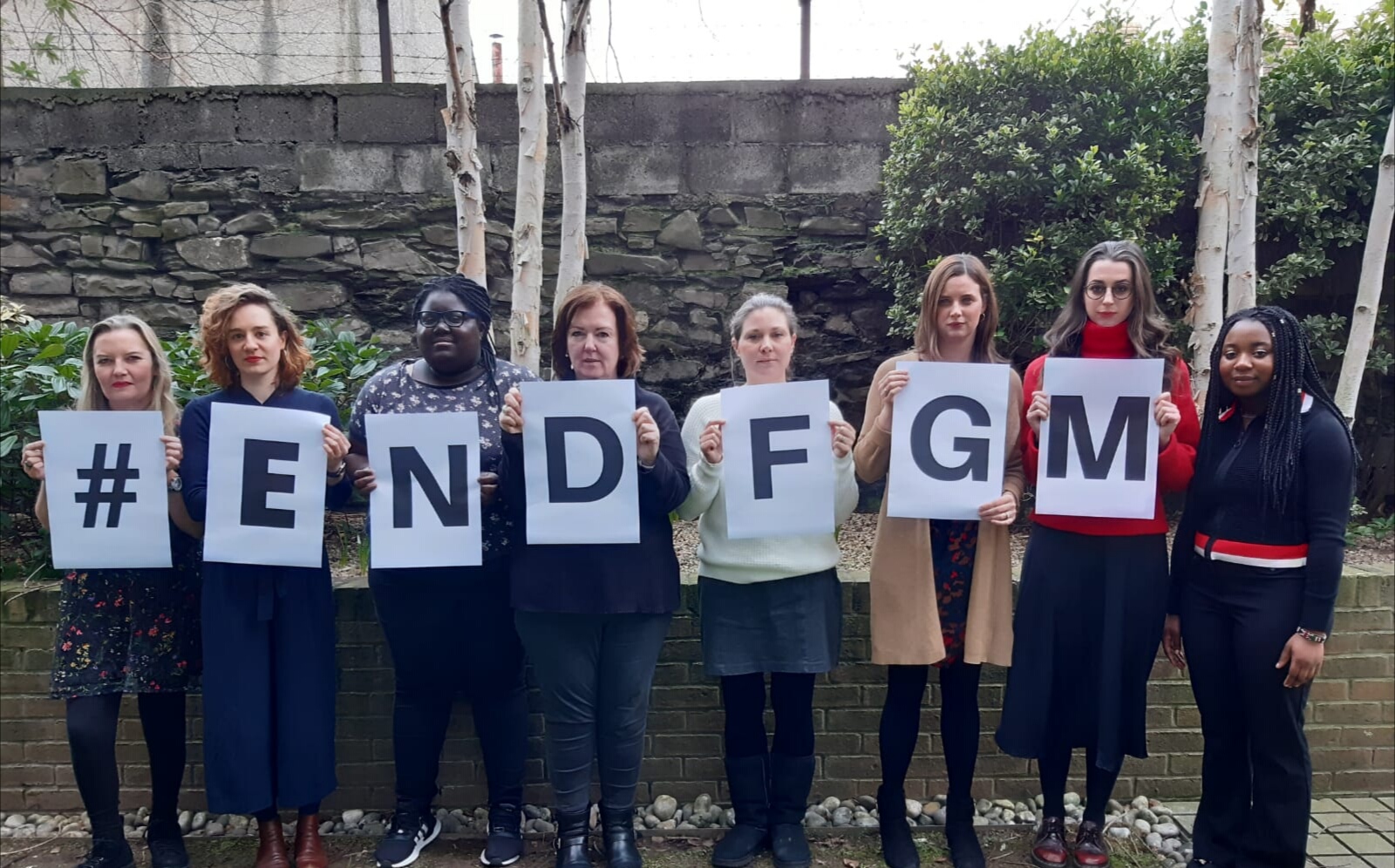 At Action Aid we pride ourselves on being not only passionate about achieving real change in the area of women’s rights but also accountable. We recognise that changing behaviours such as that of FGM is a slow process and for that reason have chosen the goal of 2030. We believe the goal of 2030 is realistic and achievable if we can work with others to tackle the problem.

If you have any other questions of this issue, please do to hesitate to get in touch. We really appreciate the interest and support.

Our goal is to eradicate FGM in Ireland by 2030 urging the new government to listen to the recommendations of the National Steering Committee on FGM and to commit to the development and implementation of a National Action Plan on FGM in collaboration with civil society groups. This FAQ section hopes to answer these questions and debunk common misconceptions. If you haven’t signed the petition yet, please click here

Female genital mutilation (FGM) involves the partial or total removal of external female genitalia or other injury to the female genital organs for non-medical reasons. The procedure can cause severe bleeding, infection, infertility and even death. FGM can have devastating physical, psychological and social consequences for the rest of girls’ lives.

There is a huge lack of awareness about FGM in Ireland. In addition to this, most of the women and girls who are at risk of or have undergone FGM in Ireland belong to migrant communities so they are often excluded from public services.

Communities who practice FGM often believe it is vital to maintaining ideas of cleanliness or honour for their daughters or granddaughters. Cultural beliefs like this are not easily changed which is why we have taken a multidimensional approach.

Our Against FGM Through Empowerment & Rejection (AFTER) project is a course based on helping people to reflect on their problems and the possible solutions. It provides women who take part with the knowledge, skills and confidence to reject FGM, for both themselves and female relatives or friends, by understanding their right to bodily autonomy. You can read more about it here.

While effective, change is slow. Again, this is because beliefs surrounding FGM are deep rooted in various aspects of culture. At ActionAid we pride ourselves on being not only passionate about achieving real change in the area of women’s rights but also accountable. We recognise that changing behaviours is a slow process and for that reason have chosen the goal of 2030. We believe the goal of 2030 is realistic and achievable if we can work with others to tackle this problem.

3- “I thought FGM was already illegal in Ireland?”

However, the law alone is not enough to stop this practice. In fact, there is a danger that the law will drive it further underground – meaning survivors fail to receive urgent medical or psycho-social care.

ActionAid lobbies for a preventative approach with interventions aimed at challenging social norms. To do this, we are calling for a National Action Plan on FGM which supports the training of all professionals and service providers working with FGM-affected communities, including, for example, midwives and social workers. This approach means we can prevent FGM from happening in the first place rather than taking a purely punitive route.

Will you support women across the world every month?

4- “What difference will a petition make?”

When you sign our petition, you are helping us to demonstrate that a large number of people care about this topic.

It works best when the number of petitioners is high. That way we can send a clear message to:

5- “ Where did you obtain your statistics?”

The collected data included the number of women residing in Ireland from FGM-practising countries between the ages of 15 and 44, broken down by age group and country of origin. The number of women from each country and in each age group was then integrated with applicable global prevalence data from the World Health Organisation.

Census data is subject to several limitations. It is likely to be an underestimate, as some individuals and groups may be hesitant to participate in the census. Furthermore, the Central Statistics Office collected this data four years ago. Recent trends of inward migration to Ireland have shown an increase in the number of women from FGM-practising countries, therefore, we would expect this number to be even higher.

No. FGM has nothing to do with religion.

It is often incorrectly perceived as an Islamic religious practice. However, it is entrenched in the traditions of many societies around the world and is not connected to any religion in particular. It predates Christianity and Islam.

FGM is practiced among some followers of the Muslim, Christian, and Jewish faiths. The association of FGM with Islam has been refuted by many Muslim scholars and theologians who note that FGM is not prescribed in the Quran and is contradictory to the teachings of Islam. In Ireland, The Islamic Centre of Ireland and the Irish Muslim Peace & Integration Council have strongly condemned FGM.

A 2018 study by the British Medical Journal showed that the number of girls undergoing FGM has fallen dramatically in East Africa over the past two decades – from 71.4% in 1995 to 8% in 2016.

ActionAid believes that bringing an end to female genital mutilation requires changes in attitudes and behaviour at all levels of society.  In Kenya, we provide direct support to women and girls who have escaped mutilation, through our rescue centres, safe houses and girls clubs.

To bring about change we talk openly about the damaging impacts of FGM with women, men, boys and girls, as well as influential members of the community, such as traditional elders and religious leaders. We work closely with each of these groups and offer them training in the specific skills they need to speak out and influence others, so that eventually whole communities reject FGM.

FGM is a cultural practice. In many instances, parents want their daughters to undergo FGM to avoid stigma and social exclusion

Families see it as part of upholding family honour and tradition. Women, particularly older generations, who are custodians and key decision-makers on FGM, view it as an essential part of a girl’s cultural and gender identity, and a social obligation.

Men and boys often grow up expecting that they will marry someone who has undergone the procedure. Additionally, girls may want to be cut due to peer pressure, fear of social exclusion, and the belief that is necessary if they wish to marry.

Refusing FGM can have severe social repercussions, including being rejected by one’s family, becoming an outcast, and in extreme cases — such as certain areas in Uganda – being denied the right to speak in public.

9- “What is the difference between male circumcision and FGM?”

Male circumcision involves the removal of the foreskin from the head of the penis and is a practice that will normally have no harmful effect on the boy being circumcised. It does, however, very often take place without the consent of the boy which goes against his right to bodily integrity. Male circumcision is sometimes required for medical reasons and in these cases, it offers medical benefits to the recipient if carried out in a medical facility.

FGM is the removal of part or all the female genital organs for no medical reason. It is also often carried out without the explicit consent of the girl being cut and is a much more harmful practice than male circumcision.

FGM is never medically required and very often has severe negative consequences for the recipient, both physical and psychological. In the short term, it can cause, excessive bleeding, shock, infection and even death. For survivors of FGM, it can also cause vaginal, menstrual and sexual health problems as well as obstetric fistula, childbirth issues and many more health problems. Not to mention the effects on the psyche, confidence levels and or psychological effects on the girl, that she will carry with her throughout her life.

Ultimately FGM is carried out to control women’s sexuality and sexual agency. In addition to the physical issues, FGM is also linked to child marriage and other harmful practices.

The effect that FGM has on a girl’s physical and mental health, as well as the limits it places on her sexual agency and life prospects, means that FGM is a seriously harmful practice that needs to end.

Will you support women across the world every month?