Female Genital Mutilation / Cutting (FGM/C), according to the World Health Organisation, has affected over 200 million women and girls alive today across the world. ActionAid Ireland’s Women’s Rights Programme, funded by Irish Aid, is implemented in Kenya where we work to end this harmful cultural practice.

Kongelai, an area situated in the Rift Valley, has one of the highest prevalence of FGM/C in Kenya. Since 2012, when this programme began, FGM/C has reduced by 27% in the area. This is with thanks to women like Christine and Maria who continue to advocate against the practice. Christine (15) and Maria (66), both from Koneglai, told us their stories. They both had forced early marriages. Christine managed to escape the man she was forced to marry. Maria, on the other hand did not and suffered further health implications, trauma and abandonment as a result of FGM/C.

In order to share our knowledge and experience in working to end FGM/C, ActionAid Ireland, along with a consortium of European partners, began the AFTER (Against FGM/C Through Empowerment and Rejection) Project earlier this year. Co-funded by the Rights, Equality and Citizenship programme of the European Union, we aim to raise awareness of the practice in Ireland. And to work to empower women, girls and men to reject this tradition 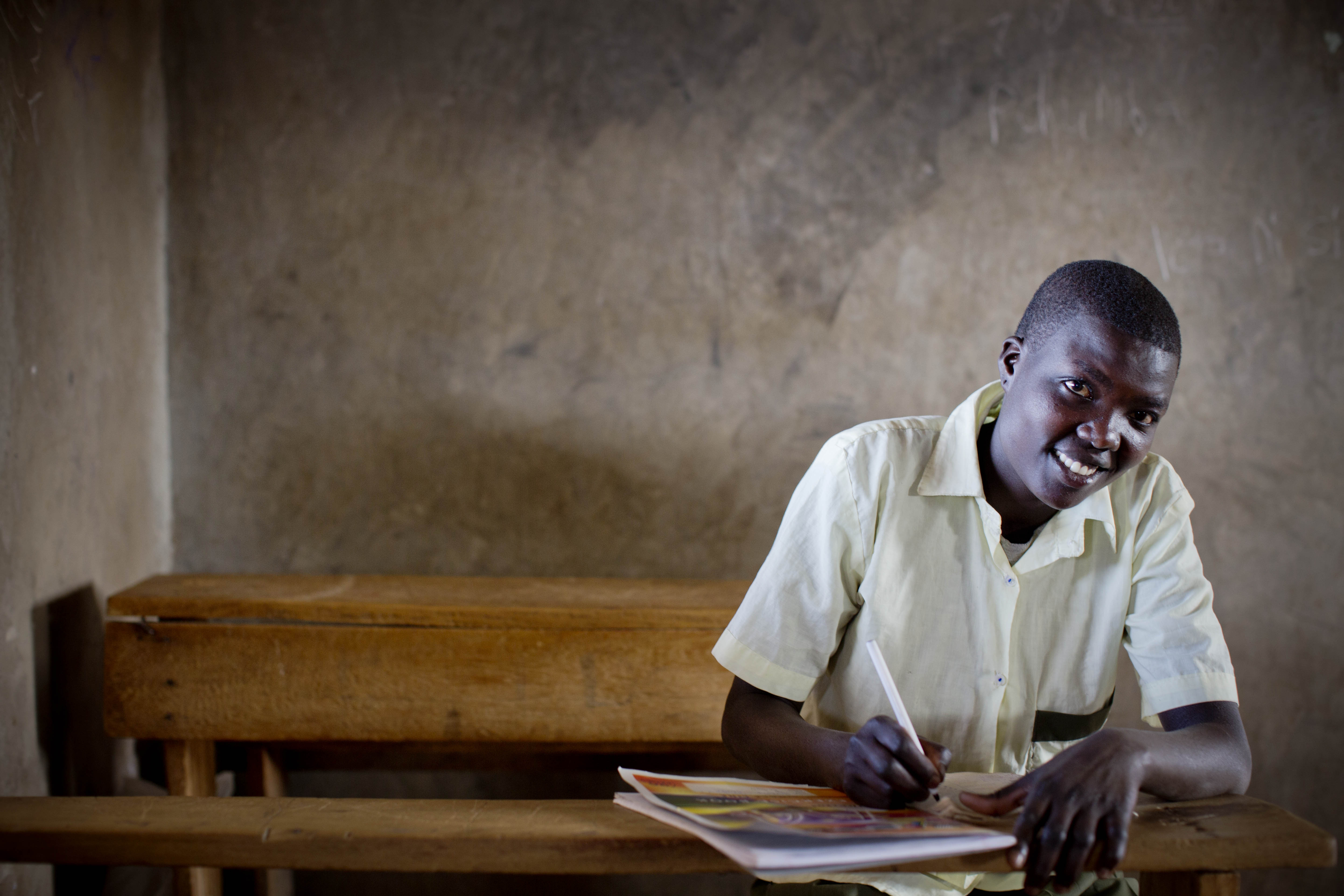 “My message is that we must continue to educate and support women and girls in their fight against female genital mutilation. The numbers are reducing and people are now more fearful of the government law that has made it illegal.

“I tell other girls that they shouldn’t do it and to tell their families that there is now a law to protect them. And tell them about my experiences and how painful it was and the problems it can cause them later on in life. I tell them that if they are mutilated they will be married off to an old man like I was and they won’t be able to finish school. My hope for the future is that no girls in Pokot have to go through what I went through. I think this is possible – we just need more time and education.”

When Christine was 15 her family were preparing for her to undergo Female Genital Mutilation/Cutting (FGM/C). She asked her mother and brothers why she had to have this done. They answered that it was for her future. She was kept in seclusion after undergoing this harmful cultural practice, a much older man came to see her brothers. He was 60 years old and wanted to marry Christine. Her brothers agreed and gave him 15 cows to marry her. She asked them why they had agreed to this arrangement – with an old stranger – they told her she had to follow him even if she didn’t want to.

At the marriage ceremony, his relatives and some guards carried her away. She cried. She was forced to stay inside his home for a week. Seeing children playing outside she asked if she could go and play with them but the old man refused as he was afraid that Christine would escape.

Christine was not this man’s only wife. His first wife, also much older than Christine, also lived there and treated her like one of her children.

During Christine’s first night in this house, the old man forced himself on her. She cried with pain. Because of the type of FGM/C Christine was subjected to, this meant that Christine has been sown closed – with only a small hole for urine and menstrual release. The other wife was waiting at the door. He asked her to come in so that she could “make her bigger” using a cow’s horn. The eldest daughter of the man also came in to help.

After a week, Christine escaped the house and ran to Kongelai where she sought help from the head of the mixed primary school who  contacted ActionAid. By working with the Kongelai Women’s Network, ActionAid was able to help Christine find a place at school. The chief of Christine’s village was contacted and alerted to what had happened and her family is beginning to accept the wrongdoing. Christine is building a relationship with her family. 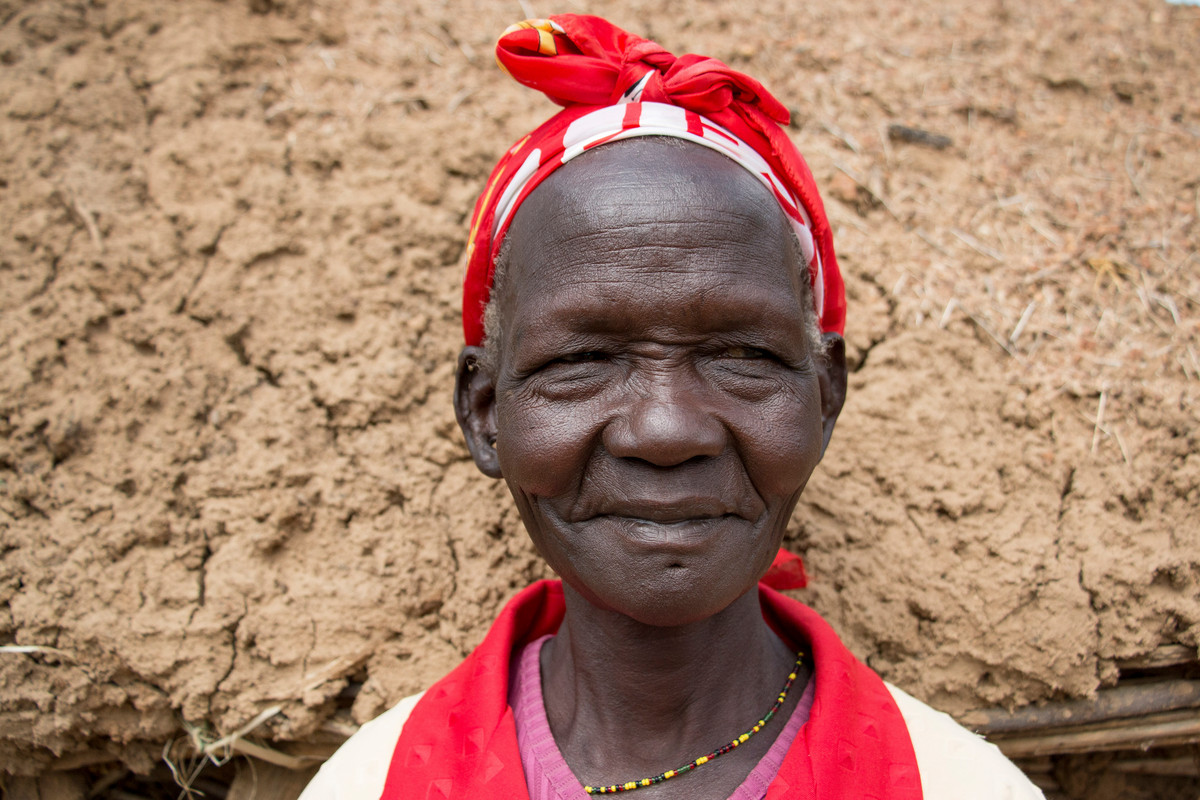 “I was circumcised when I was 14 years old then married off to a man who was 55 years old as a fourth wife. He paid 35 cows to my father. Before I became his wife I hadn’t set my eyes on him. I married a stranger. It was bad at the beginning but everybody went through this so you found a way to get used to it. You became a wife.

Two years later I got pregnant. Delivery became a problem because of the circumcision. The passage was too small for my baby, so the midwife cut me up but in the process cut my bladder. I bled, a lot. The baby couldn’t come out that day. I didn’t realize then but the midwife had also cut my baby, so it died inside me in the process.

Two days later they put me in a makeshift stretcher made from skin and poles and carried me for 50kms to the nearest hospital. The journey took over a day. The doctors removed the baby. It came in pieces; the legs and hands. I stayed in the hospital for three months and cried daily. I developed fistula.

When I came out my husband refused to accept me back, in fact, he demanded his cows back from my father. After that life became unbearable, nobody wanted to marry me. I became an outcast in my village so I had to move to another village called Kongelai. I was childless and alone.”

To engage myself I joined Komesi women’s Group formed by ActionAid who were training the community to fight FGM. We rescued girls running from FGM and enrolled them in schools and we took care of them. I made new friends there and found a new family. Most importantly I learnt that my reproductive problems were not as a result of witchcraft as I had I been made to believe. My problems had been as a result of FGM.

My brother and his wife died some years ago leaving behind six orphans who I all took in. Now I have a family. They are my children now and I made a decision that none of them would undergo FGM. They are all going to school.”

It is a violation of the human rights of girls and women. The harmful cultural practice comprises all procedures that involve partial or total removal of the external female genitalia, or other injury to the female genital organs for non-medical reasons. Procedures can cause severe bleeding and problems urinating, and later cysts, infections, as well as complications in childbirth and increased risk of newborn deaths.

The procedure has no health benefits for girls and women. You can visit: http://www.who.int/mediacentre/factsheets/fs241/en/ for more information about the harmful practice.