How One Hen Provided An Education

“I like being in school, and I know I will make it to university.” says sponsored child Agnes, who lives in Amuru, Uganda

Education is one of the best ways for people to lift themselves out of poverty; however, 58 million children in the world’s poorest countries are denied a primary education due to poverty.

In Amuru Northern Uganda many people are returning to their land following a lengthy conflict and ActionAid Uganda has been supporting smallholder farming in the region with seed bank schemes and training since 2009.

Agnes, 9, was given her first hen through a scheme run by a local partner organisation and ActionAid. She fed her on maize and sorghum grains every day before leaving for school. After a year, she had 16 baby chicks and the hen was also laying eggs. She sold the nine grown chickens and made a profit of 153,000 Shillings or €45.

With her Dad’s help, she used €17.60 of this money to buy a female piglet which grew and gave birth to six babies. She became ill so Agnes had to sell her at €35.10 and with this money her dad was able to buy wholesale groundnuts and is now trading them in Labongogali. While she is looking after the six piglets, her dad is using the €35.10 in the market to trade.

By the end of the trading season he will have enough money to continue to pay school fees for Agnes and her brothers and sisters. 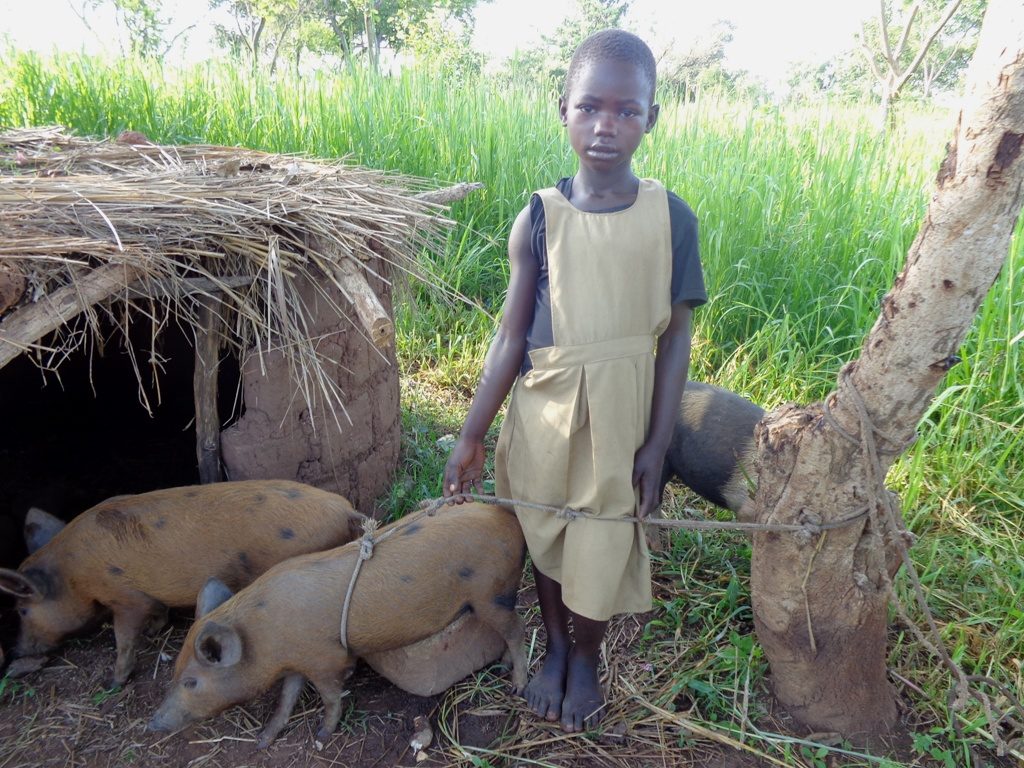 “I thank my sponsor in Ireland and ActionAid for all the help my family has received. When the piglets grow up, I plan to sell them and buy a cow. This will really help my parents because we will be able to sell the milk it produces and in the future my education will be secure.” Said Agnes.