A devastating windstorm in southern Nepal has left thousands injured and 28 dead. Bara, where Irish child sponsors supported communities for 15 years, has been worst hit. So far, no children who were sponsored have been reported injured.

More than 1,000 people were injured and thousands of people in the region are now homeless. The Department of Hydrology and Meteorology stated that the wind speed was more than 90 km/hr. It was the strongest ever recorded in the country. 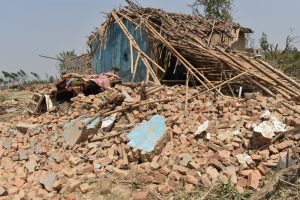 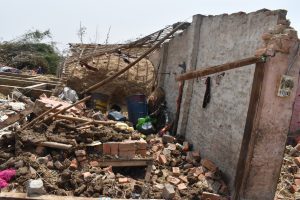 ActionAid Nepal is responding with immediate relief support. We provided basic shelter to 277 families in Bara. Additionally, we provided dignity kits and baby kits to women and children, who are among the worst affected by the disaster.

If you would like to make a donation towards this work, you can do so below.